Home › What is Domestic Violence in M…

What is Domestic Violence in Michigan? 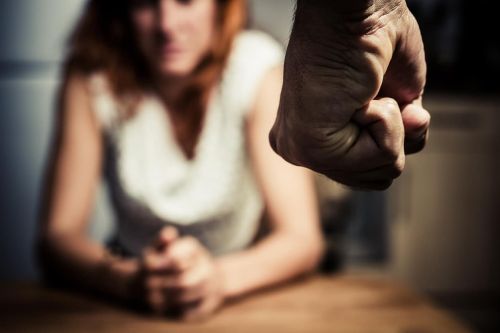 Allegations of domestic violence can bring feelings of frustration, anger, and betrayal. They are also often accompanied by fear—of the unknown, and of what might happen next. But what is domestic violence in Michigan?

Domestic violence allegations usually start one of two ways. Either the alleged victim filed a request for a Personal Protection Order (PPO), or the police were called to your home because of a domestic dispute.

If the alleged victim has requested a PPO, you will be prohibited from contacting the victim. And because allegations of domestic violence involve people who share a residence, you may be prohibited from returning to your home until a judge conducts a full hearing on a no-contact order.

If the police were called to your house because of a domestic dispute, you were probably arrested and are now subject to a no-contact order.

Because a PPO is only temporary, the court will move quickly to schedule a full hearing on the no-contact order. To protect your rights and avoid compromising your defense against the criminal charges, you should hire an experienced criminal defense attorney to represent you at the hearing as quickly as possible.

What is Domestic Violence in Michigan?

The answer to what is domestic violence typically varies by state.

Penalties for a domestic violence conviction can be severe and may include between 93 days and 2 years in jail, fines of $500 to $1,000, probation, and payment of restitution.

If you have a prior conviction for domestic violence, you face up to 5 years in prison, a fine of up to $5,000, up to 5 years of probation, and restitution payments.

Similarly, at trial, prosecutors are allowed to present evidence of prior criminal activity and even violent outbursts to prove that the defendant committed a crime. Understanding what is domestic violence can help you better understand your case.

Defenses to Allegations of Domestic Violence

In addition to these defenses, you also have all of the other criminal defenses available to you, such as challenging the court’s jurisdiction, that you did not commit the crime, that the victim is lying, and any Constitutional defenses regarding the criminal process.

How Elmen Legal Can Help

As your domestic violence defense lawyer, I will independently investigate the charges against you, seek to have any illegally obtained evidence excluded, and ask the judge to dismiss the case. I will help you answer what is domestic violence and determine how your case fits into the charge.

I will look for a lack of physical evidence and will interview neighbors, family, friends, roommates, and others who may have witnessed the alleged misconduct. I will also search for video recordings. If there is no corroborating evidence, the case becomes a “he-said-she-said” which is much more difficult for the prosecutor to prove.

I will also focus on your good character, your lack of a criminal record, and the circumstances surrounding your arrest.

We will work together to present your case in a way that is most favorable to you and to have the charges against you reduced or even dismissed.

If you have been charged with domestic violence in Michigan, Elmen Legal is here to help. From my office in Ann Arbor, I proudly represent people in Ann Arbor, Saline, Pittsfield Township, Chelsea, or Ypsilanti, in Washtenaw, Wayne, Monroe, Lenawee, Hillsdale, Jackson, Ingham, Livingston, and Oakland Counties.

Robert Elmen
Admitted to practice law in 2014, Ann Arbor criminal defense attorney Robert Elmen defends people accused of crimes such as assault and battery, domestic violence, sex crimes, drug crimes, and drunk driving / OWI / DUI. His caring approach towards his clients sets him apart from other lawyers as he recognizes that people come to him during their darkest hours, looking for help, and for hope. Robert is a student of Brazilian Jiu-Jitsu, and draws on his martial arts training to help himself and his clients remain calm in the face of what may seem like insurmountable odds.

First, Before I reached out to Attorney Elmen by phone from California to address 10 17 year old forgery charges, I had searched google and attempted to reach out to 3 other attorneys in the area, all who told me that they either had no interest in t…
– E.R.

Read More From Our Clients

In regards to Covid-19,  We are reviewing the best guidelines for our city and state for how

we should conduct business and plan to update this message as soon as we can.

Please call our office(s) to get learn how we are engaging with current clients and new at this time.