Skip to main contentSkip to navigation

Charged with Assault and Battery in Michigan?

A simple misunderstanding escalated to an argument. Punches were thrown. Police were called. And now you’ve been charged with assault. Call an assault lawyer right away.

Your first reaction may be to try to talk your way out of it. Don’t.

A Michigan assault charge is a serious crime that carries severe fines and penalties if you are convicted. You could be sent to prison and have a felony conviction on your criminal record.

A Michigan criminal defense attorney can help in defending you against charges of assault.

What Is Assault? (Definitions)

Assault and battery are actually two separate crimes in Michigan.

Assault in Michigan is defined as an attempt to cause physical injury to another person, and any intentional unlawful act or threatening action if the offender appears to have the ability to carry out the act and the act would cause a reasonable person to be in fear of impending violence.

Battery is a completed assault - the intentional infliction of violence or force against another person.

As your assault lawyer, I ensure you fully understand the charges you face and the possible penalties for that charge.

Penalties for a Michigan Assault Conviction

Assault without a dangerous weapon is a misdemeanor, punishable by up to 93 days in jail, a fine of up to $500, or both.

Aggravated assault and battery is a felony, punishable by up to 1 year in jail, a fine of up to $1,000, or both. You will also be placed on probation for up to two years, and may be ordered to pay restitution.

Conviction for a second charge of domestic violence assault or assault and battery is a felony, punishable by up to 1 year in jail, a fine of up to $1,000, or both, plus up to 2 years of probation for up to two years and restitution.

Aggravated domestic assault or assault and battery is a felony for a first conviction, punishable by up to 1 year in jail, a fine of up to $1,000, or both, up to two years or probation, plus restitution.

If you have a prior conviction for domestic assault or assault and battery you face up to two years in prison, a fine of up to $5,000, or both, up to 5 years of probation, and restitution.

Assault with intent to murder is a felony, punishable by up to life in prison. If the offender did not intend to murder the victim but only intended to inflict great bodily harm, the penalties include up to 10 years in prison, a fine of up to $5,000, or both.

Assault with intent to maim (such as trying to cut off someone’s ear or put out an eye) is punishable by up to 10 years in prison, a fine of up to $5,000, or both.

When an assault occurs during the commission of another felony, such as burglary, rape, or kidnapping, the assault charge is punishable by up to 10 years in prison, a fine of up to $5,000, or both.

Defenses to a Michigan Assault Charge

To be convicted of any criminal charge, the prosecutor must prove every element of the crime, beyond a reasonable doubt.

Based on the unique circumstances of your case, you may have a variety of defenses available.

Defenses to charges of assault or assault and battery include:

Let your assault lawyer know all the facts and if you think one of these defenses may apply to your case.

What To Do If You’ve Been Charged with Assault

If you have been charged with assault, a natural and common reaction is to try to talk yourself out of it.

The best thing you can do immediately after an arrest for assault is to be cooperative, and say nothing.

Tell the police that you are invoking your right to remain silent, and that you want to speak with a lawyer.

If the police ask you about the alleged crime, politely tell them that you do not wish to discuss the matter, and that you want to contact your lawyer.

Spend some time trying to remember what led up to the event. You may want to write this down to help organize your thoughts, and so you remember as many details as possible.

Do not share this list with the police or anyone other than your assault lawyer. In fact, you may wish to write the list in the form of a letter to your attorney by writing “Dear lawyer” or something similar at the top of the paper.

Always remember that an assault charge is different from a conviction. The prosecutor must prove that you are guilty beyond a reasonable doubt.

Your assault lawyer will have an opportunity to review the evidence against you and challenge how it was collected. In some cases this can lead to a reduced charge, a plea bargain, or even the case thrown out.

You also have the chance to take your case to trial, if you choose to do so.

If you or someone you care about was charged with a Michigan assault, I can help.

Unlike large criminal defense offices where you may meet with a senior member of the firm only be handed off to a junior associate, I partner with my clients to handle their case from beginning to end.

As your assault lawyer, I will work hard to make sure that you remain a part of the process, and will keep you informed and up to date about the status of your case.

Together, we will work through the process of defending you against assault charges.

I will help by shouldering some of the emotional burden of an assault charge, advising you about your rights, and helping you decide on the best course of action to take. In some cases that might be taking a plea bargain, while in others it might be going to trial.

I understand that facing an assault charge is a difficult, troubling, and stressful time in your life. I will work hard to take care of you as a whole person, and don’t just think of you as a number on a file.

As founder of Elmen Legal, I am proud to represent who have been charged with Michigan assault in Ann Arbor, Saline, Pittsfield Township, Chelsea, or Ypsilanti, in Washtenaw, Wayne, Monroe, Lenawee, Hillsdale, Jackson, Ingham, Livingston, and Oakland Counties.

If you have been charged with assault in or around Ann Arbor, Michigan, contact Elmen Legal today. Schedule a free initial consultation by calling me at (734) 707-8915, or by emailing robert@elmenlegal.com. 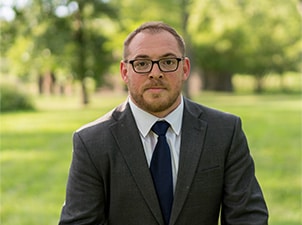 Robert Elmen
Admitted to practice law in 2014, Ann Arbor criminal defense attorney Robert Elmen defends people accused of crimes such as assault and battery, domestic violence, sex crimes, drug crimes, and drunk driving / OWI / DUI. His caring approach towards his clients sets him apart from other lawyers as he recognizes that people come to him during their darkest hours, looking for help, and for hope. Robert is a student of Brazilian Jiu-Jitsu, and draws on his martial arts training to help himself and his clients remain calm in the face of what may seem like insurmountable odds.

My life was allowed to move forward and I am sure without Robert's help I would have been wrongfully convicted.
– N.S.

Read More From Our Clients

In regards to Covid-19,  We are reviewing the best guidelines for our city and state for how

we should conduct business and plan to update this message as soon as we can.

Please call our office(s) to get learn how we are engaging with current clients and new at this time.